A family visit to
Killantringan Lighthouse
​1965

All images on this page are the property of Robert McLuckie and were taken on a visits to NLB Killantringan Lighthouse 1965. Robert's family were fortunate to be invited to climb the tower of the lighthouse for a tour of the lamp and learn about the work from the keeper on duty.

Thank you to Robert for providing these images to be included on the Following The Lights website.

​Please note these images are subject to copyright, please do not copy these images without consent from the owner.
Lighthouses

The family photographs below show a good example of how the buildings were painted grey during the period of the 1960s, unlike the current Bamboo shade. This is the same colour used as the Clyde Lighthouse Trust where the buildings during the same period were also grey. Notice inside the tower the Fresnel Lens can be seen and also the blinds that would protect the lighthouse during sunny weather from potentially catching fire can be seen.

The lighthouse was built in 1900 and designed by David Alan Stevenson. The lighthouse was automated in 1988 and the foghorn was ended in 1989. In 2005 the lighthouse and buildings were surplus to the requirements of NLB and is no longer in use. The cottages are now private.

Lighthouse Rule Books
All lighthouses had a book kept at the tower which included the rules for keepers that would be updated with notices. There was also a registration book that was used to keep a record of dates and names of visitors including the Commissioners on their annual tour of the lights. The rule book was called the General Order Book (Commissioners of Northern Lighthouses) and when a notice arrived from the Head Office the Principal Light Keeper would add this to the General Order Book being seen and signed off by all the other staff to ensure everyone was kept up to date with new rules, this also enabled keepers to review rules from time to time too. Below is an extract of text from the General Order Book from 1848. Through time, new orders (rules) were added and others were updated according to situations that arose at the light stations.

General Order Book 1848.
(EXTRACT)
X -REGARDING PLEASURE EXCURSIONS AND VISITORS TO LIGHTHOUSES.
The Commissioners of The Northern Lighthouses having observed frequent intimations made of Pleasure Excursions to Islands on which Lighthouse Establishments are placed, and representations having been made of the danger of injury to the Lighting Apparatus from parties crowding the Lightroom, find it necessary to direct, for the future, that on occasion of more than 12 persons visiting a Station, the Lightroom and Lighting Apparatus shall not be open to inspection.
And the Commissioners further direct that not more than three strangers shall have access to any light room at one and the same time and where parties [not exceeding 12] visit any station, they may be admitted to the Lightroom and companies of not more than three at a time. The Lightkeepers must not on any pretext admit persons in a state of intoxication. The Lighthouse Establishments are not to be open to the public on Sunday.
​
By Order of the Board. 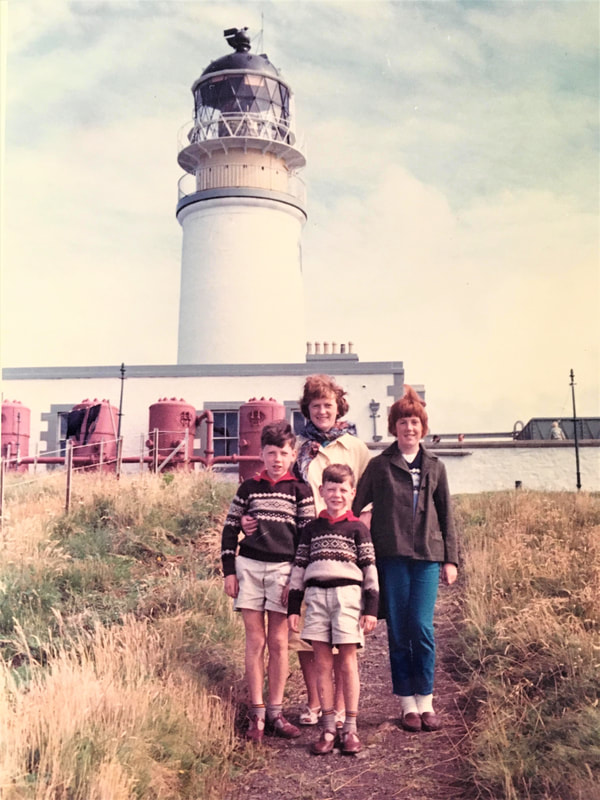 A family visit in 1965 to Killantringan Lighthouse. ©Robert McLuckie 1965.
CAN YOU HELP US?
​Do you know more about this lighthouse or anything about the keepers, share your knowledge.
Use the contact us button below to provide any information.
​
Contact Us 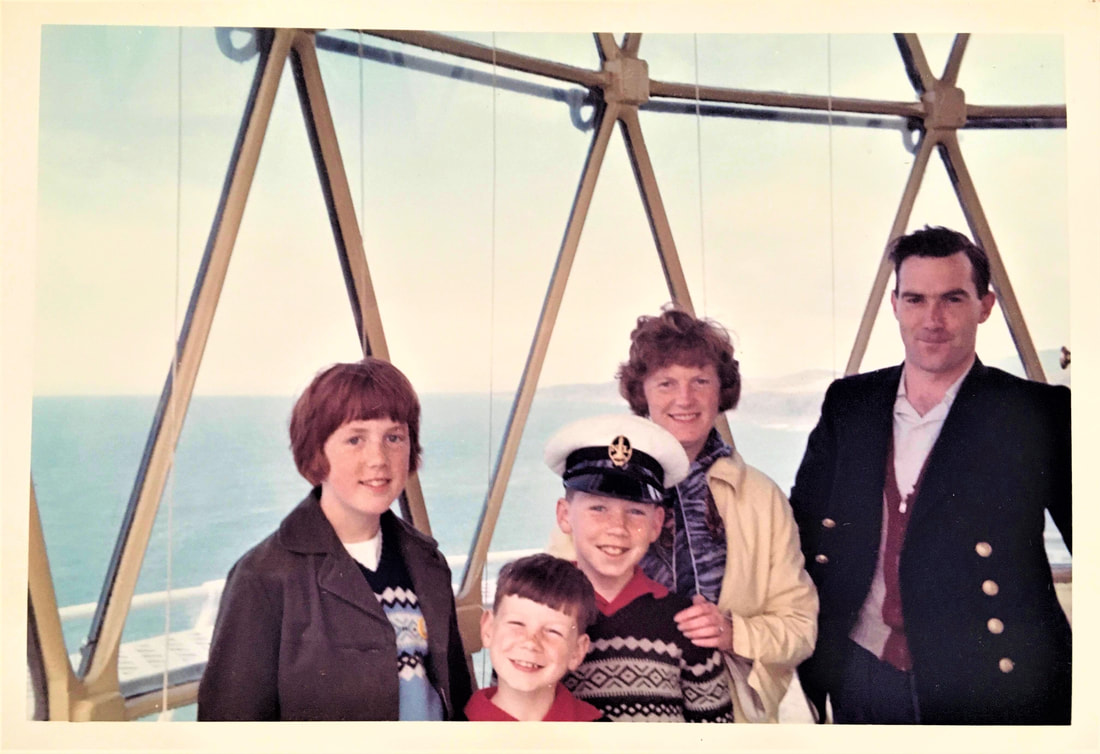